8 November 2021
Wren Music’s male voice singing group MenSing have been working hard in their autumn rehearsals.
Earlier in 2021 former Wren Musician Nick Wyke wrote and released a song titled ‘No Birds in the Air’. MenSing wanted to learn this song and group leader Paul Wilson was happy to oblige. Then, inspired to make it go further, MenSing decided they could use the song to mark COP26 and highlight the threat of climate change.
Nick wrote the song as a post-apocalyptic shanty imagining a world 100 years from now, when none of the natural commodities often mentioned in historical shanties remain. MenSing worked together to adapt some of the lyrics and add a new verse, calling on those with power to start making real change, now! Thank you Nick for allowing us to use your song in this way.
In one of their rehearsals at Meldon Village Hall, MenSing recorded themselves singing this song. We have added some imagery which we hope do the lyrics justice and help get this important message out.
“No birds in the air no fish in the sea,
The flowers won’t grow now we got no bees,
You can’t eat fruit from the money tree,
And plastic covers the ocean” 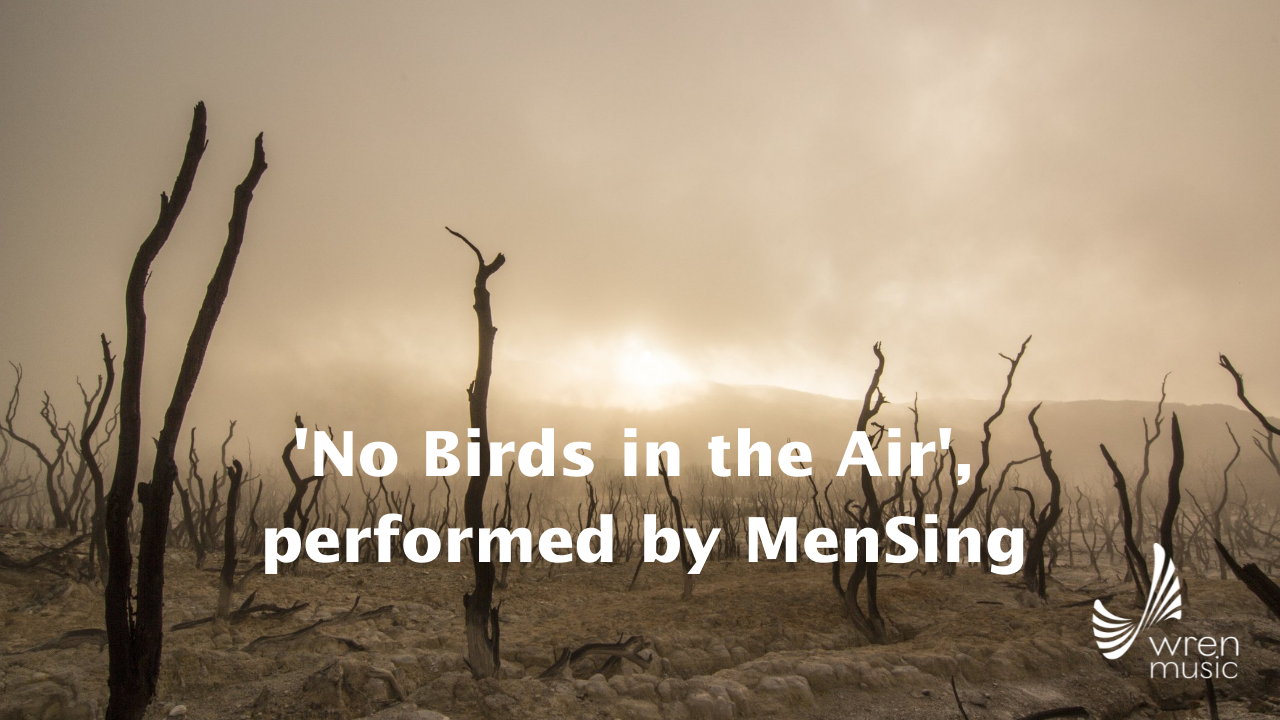 ← Try out our music groups!